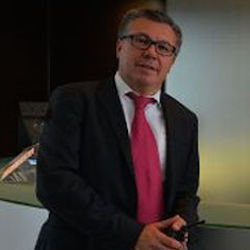 Federico Mioni graduated in Law and Political Sciences, he is Director of Federmanager Academy, the Management School of Federmanager, the most important association of industry managers, connecting more than 60.000 members. He developed training experiences and relations in Chicago, Boston, Detroit, New York, Silicon Valley, Japan, He organized a PhD school in Pisa and supervised several courses in the Universities of Parma and Macerata. He wan the Ruffilli Prize and the Prize of the Centro di Studi Americani in Rome. Federico was Director of CIS – Scuola per la Gestione d’Impresa, and specialized in Management Education for enterprises and postgraduate courses. In 2012 he was appointed in the IFEL board, the ANCI Foundation for studies on financial and fiscal problems in the municipalities, since 2014 he is member of the commission of e-leadership constituted by AGID (the Agenzia per l’Italia Digitale) supporting the Presidency of Council of Ministries and of the Advisory Board of Centrimark, the Centre for Marketing Research of the Università Cattolica di Milano. For the same University, Federico was Chief of Permanent Training and National Coordinator of the Development Culture Centers and Administrative Coordinator of CEPAD, the Center for e-Learning and Distance Learning. He authored and co-authored 8 books, including “L’intelligenza in campo: leadership e coaching”, a book of lessons taken from Mike D’Antoni’s life (a basket champion and NBA coach) and, with Marco Rotondi, “Obama leadership. Cosa possiamo imparare come manager e come persone” (Milano, 2009), the first book in Italy about Obama’s contribution to management theories.